After extensive deliberation, Cane Ridge resident Alan McEwen of Ramstone Way is reportedly “pretty sure” the ribs being served at a Memorial Day block party were purchased pre-cooked from a store.  These findings fly in the face of neighbor’s Stan Levenworth’s previous reports to have spent “hours slaving over a hot grill” this morning. 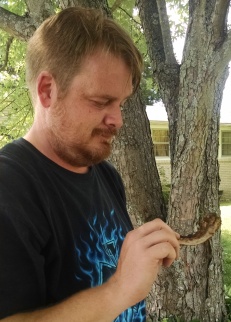 When reporting his findings to other neighbors, McEwen was quoted as saying “Let’s be honest, here.  Stan’s never been able to grill worth a damn, but even he can do better than this.”  Sources also noted that McEwen currently hypothesizes the ribs were “picked up at one of those pop-up tents in front of Kroger.  Or Wal-Mart, maybe.”  Other findings from the McEwen report include that, regardless of the legitimacy of Levenworth’s claims to be the chef, there is “no way in hell the barbecue sauce is homemade.  It’s just a whole mess of K.C. Masterpiece, or I’ll eat my hat.”

At press time, McEwen’s wife, Sara, was still deliberating as to the origin of Mrs. Levenworth’s “homemade” potato salad.  Additionally, the Levenworths’ child William (13) currently believes he may have been adopted.