Famed film director/producer Michael Bay announced today that he has signed a deal to direct “The Litagators” for a summer 2018 release.  Bay describes the film as “an epic crossover event that will bring together two well known franchises, Morgan & Morgan and Bart Durham Injury Law, in an explosion-filled showdown that will be the talk of the summer.” 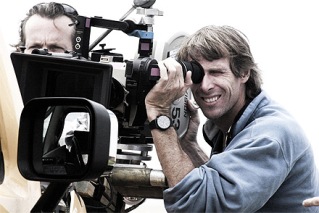 While Bay and producer/frequent-collaborator Jerry Bruckheimer are remaining generally tight-lipped about specifics, contributors at Latino Review claim to have an early scoop on plot and release details.  “According to sources, ‘The Litigators’ will find Bart Durham and his trusty sidekick/son Blair being manipulated into fighting against the Morgan & Morgan family over clients from a mysterious 18-wheeler collision that resulted in countless totaled vehicles and several traumatic but non-life-threatening injuries.  The two teams will battle each other before uniting to take down the apparent masterminds behind the entire scenario, DUI Mike and Dick Strong.  Only through the last minute intervention of the enigmatic Donald D. Zuccarello are they able to work past their initial differences and save the day.”

In his announcement, Michael Bay promised that “The Litigators” will “feature all the explosions and improbable plot-points audiences have come to expect from my films, as well as all the so-so acting and poor cinematography that devotees of the Bart Durham and Morgan & Morgan series have grown to know and love.”

Meanwhile, producer Jerry Bruckheimer confirmed to The Rhinestone that “The Litigators” will be released July 2018 in one-hundred-and-twenty separate minute-long installments, to be aired during Judge Judy, The People’s Court, and Talk of the Town.